The Sun Is Dark 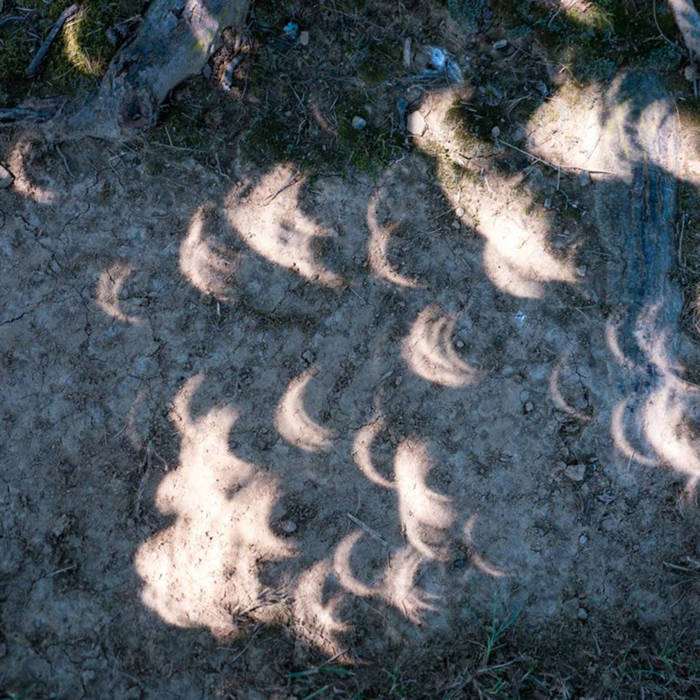 It is interesting to note the change in the biophony. When the sun began to darken, the sounds of many diurnal species begin to quiet and the sounds of the nocturnal species predominate. While the vocalizing animals audibly respond to the eclipse, the human sounds (anthrophony) do not change. I chose this recording location because of it’s relative lack of anthrophony. Although biophony predominates in this audio, the ever-present anthrophony can also be detected. For example: a low throbbing white noise, audible from time to time, is the sound of the General Electric Aviation Engine Testing facility in Peebles, OH, about 17 miles from the recording site.

The original field recording provides the cantus firmus to this soundscape composition for which I have composed an ambient sound texture to augmented each section. I thought it appropriate to use the American Shawnee phrase for solar eclipse, “the sun is dark,”1 as the title of this work. The ancestral Shawnee inhabited this area of Ohio for hundreds of years, and I find it intriguing to speculate how this contemporary eclipse soundscape would have been perceived by these first nation people.

Many thanks to Chief Glenna Wallace of the Eastern Shawnee Tribe of Oklahoma, and George Blanchard of the Absentee Shawnee Tribe, for sharing the Shawnee phrase for the solar eclipse.

The cover image is a photograph of the shadows of the partial eclipse projected though the leaves of a tree.

Bandcamp Daily  your guide to the world of Bandcamp